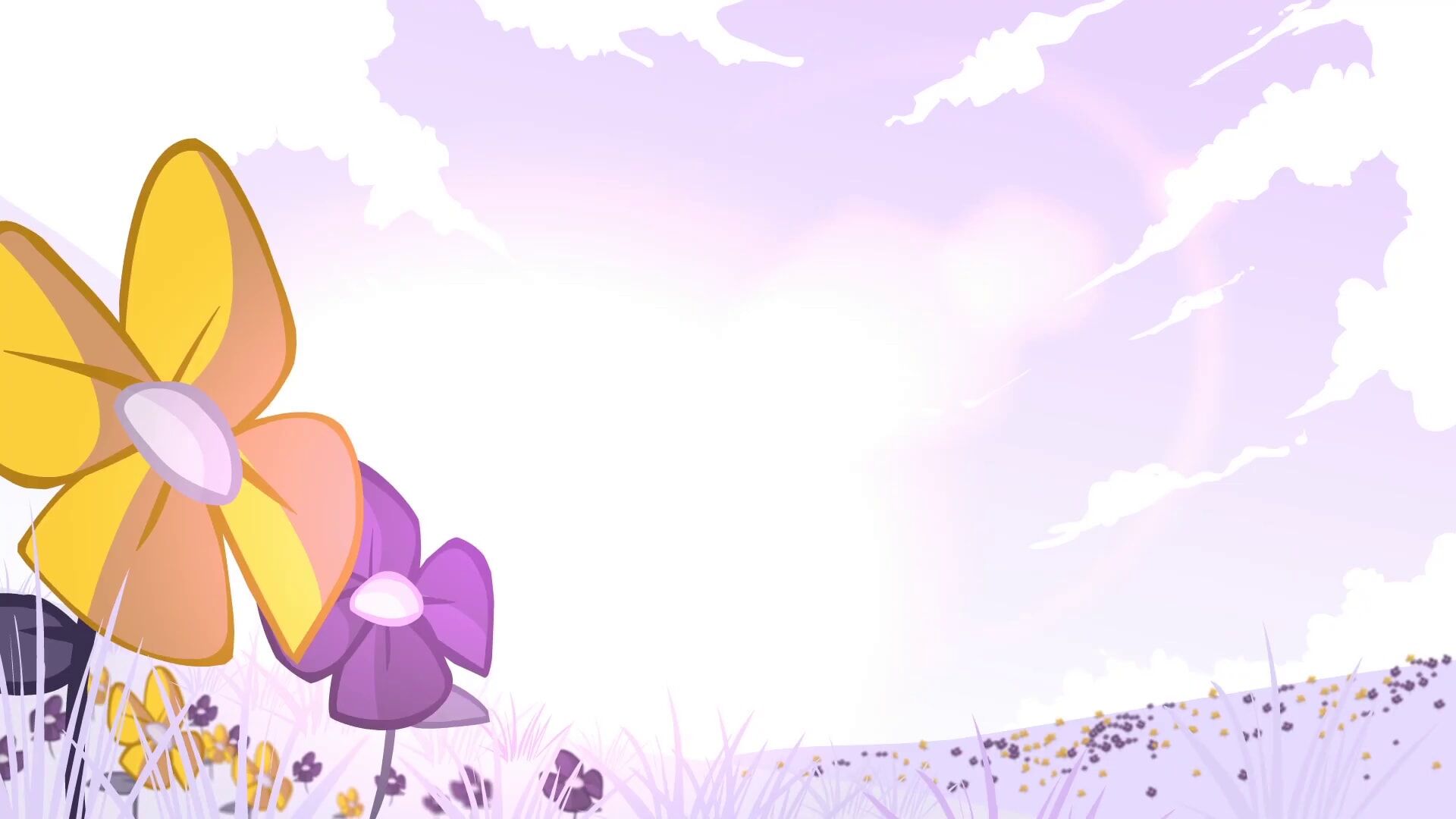 What's on your mind?

A friend of mine gathered all of the squad and told us to come here! Let’s hope this is as good as the other Wiki!

Anything I should know? Any advice? What do people usually do here(before it died.)?

I figured since this wiki wasn't entirely dead, I'd share some theories/questions and possible answers I've come up with.

Why is the series called XTale?

X in roman numerals is ten, and this series mostly does focus on the tenth timeline that XGaster creates. Every timeline has the one character they're based around, and for the tenth, it's Cross. Link? XTale, thenth timeline, cross. Even Frisk thought that it would be a suitable name. Cross, tenth. Does Cross know about the timelines? I'm not sure. Does Frisk? Yes. It is fitting. And if we go into the Underverse part of it, Cross slits into the snow of Underfell's Snowdin to steal the code using that cross shape. Coincidence? I'm not sure. Remember he not only has his own conscience, but also Chara's. Chara knew about the timelines as well as Frisk. Maybe he was driving Cross to do it. Or mybe it was just Cross being... well Cross. This might be a stretch, but it could be something.

Why the Sans of XTale and not someone else?

Sans was the main focus of XTale, as said. But why him and not some other character? Both Sans and Papyrus are thought to have a connection to Gaster, however Sans would have a farther connection. Mostly because he can use the blasters, and Papyrus can't. this might be why XTale's main focus is on Sans. He's easier to connect with Gaster. He may just be a creation of Gaster, as Papyrus may also be, but Sans however is more powerful in way of magic rather than stats. Perhaps Papyrus was more experimental, and Sans was what Gaster's final project was wanted to be. In XTale, maybe the experiment was different to the one that may have happened in Undertale. Problem is, none of this is confirmed to be true. Back to XTale though. We know that Cross was in the void of his universe when Ink found him. He was the survivor of a genocide timeline. The focus of Underverse may be on him because he was the only one left after genocide. We know that Sans is the last monster you face in Undertale's genocide route, so maybe it's the same, except this time he survived. Or. he could've been the genocide. In the last episode of the youtube animation version of XTale, we see Cross killing every one of the monsers in the final area of the story, proving that this might be true.

Why did Cross take Frisk's soul?

If you remember, he was good friends with Frisk at one point in all these timelines. Frisk told Cross about e few different things, maybe including the merge of his and XGaster's soul, and the power he had to OVERWRITE with that. Maybe thinking that he could use the power if he had the soul, he took it, killing everyone whilst doing so. When he found out he couldn't use the OVERWRITE, he was stuck in the void. It was too late. He now had Chara stuck in his body, fighting with him for power of the body. He couldn't use the OVERWRITE, all he did was cause himself more pain.

What is the knife hack and how does t work?

In Underverse, we see Cross use what he calls the "hack". This hack is the huge red knife he uses. We see him at one point try to use it after he knockde Chara out, and it doesn't work. We see him use the larger version of those knives, which appears to be a larger knife made up of those smaller knives. This, we can assume is the "hack". We also see Frisk use a similar red knife in the XTale animation series, when he's driven by XGaster to do a genocide route. Maybe this is a hack that comes with DETERMINATION in XTale. Both Chara and Frisk have DETERMINATION, and Cross took Frisk's soul, so maybe that's how he got the hack. But how does it work? Can it do other things? In Glitchtale, for example, Frisk wields a shield and a sword from their DETERMINATION, whereas in XTale, Frisk can use a knife, and so can Cross using the hack. But what is it if it isn't determination? Pure coding from XGaster? No one knows.

If you saw the image used for NyxTheShield's remix of Cross theme, you'll see the change of weapons. He first had that one huge knife discussed earlier. In that image, he has two different smaller weapons. Why the change? These smaller weapons seem easier to control, but these may not be able to do what the other one did. The larger one was able to cut through the ground, helping Cross to steal the code of a world, where as these ones look like they can perform no such thing. Maybe he can still use the other knife hack, or maybe he'll only be a small part in Underverse's second season, who knows, but either way, will these new things help him? Depends on their abilities and what he's trying to do. If they can perform the actions the other larger one did, then Cross won't have to worry about the hack, but if now, then he will, which means he'll have to have Chara awake when he wants to do it. This may cause a problem with the fight he and Chara have over the body, and interrupt what he wants to do.

Was everything I just said about Cross and Chara fighting over the body wrong?

At the end of the first season, Ink breaks the vial containing XGaster's half a soul and sets him free. this wreaks havoc on the existing characters, and brings Cross back after Chara was able to take full control using Swap!Chara's soul. The thing is, Cross didn't have the scar under his left eye from when Frsk attacked him. This is a different Cross, which may explain the change of weapons throughout the change of season one and two. XGaster uses the OVERWRITE power in order to bring Cross back, which would explain his need for the new weapons, and why he doesn't have that mark of damage.

About the end credits theme for Underverse...

This theme is the only one so far that has lyrics. Lyrics go as so:

Your hopes and dreams now are fading away.

Have you really found solace in the dark?

I know your soul cries for another chance.

To stop fighting is a way to perish

Your hopes and dreams I can help to redeem

Valiant heart, my soul will fight away,

To make you see this world clearly again.

Now, Valiant means determined, and we know that's exactly what Cross is, and heart could be another way of saying soul. His hopes and dreams would be fading away at this point. He's been killed off by Chara. And the solace in the dark could be either his bad deeds, or his helping Nightmare. He wants his world back, stated by the next line.If he stops fighting, he'll fail. Die. Be gone. In perspective of Dream singing, as the images for the end credits show, he can help Cross redeem his hopes and dreams. He can help, and his soul will fight with him, as stated. He wants Cross too see the world clearly, without hatred. Now, if we look at the images shown for these credits, they fit perfectly to the song. We first see Cross and Nightmare within the first two images, and in the next, one of Dream's arrows slicing through one of Nightmare's limbs. This is followed by Dream and Cross, the next image being Killer and Nightmare. Within the next images, Killer proceeds to injure Dream, having Dream cry. This angers Cross, and he attacks Killer. Dream then pulls Cross through a portal where they meet Core!Frisk. There are shadows of other minsters behind them, leaving Killer and nightmare behind. Now, as we know, Cross worked for Nightmare for a while until Chara took over from him. Nightmare wasn't happy with the two in the end, not getting what he wanted from them. Killer turns up as a temporary teammate fro Chara, which doesn't help. In the end, the whole plan ends up failing. I won't go into detail about this, since this isn't a huge contribution to the theory. At the end of Underverse 0.4, Cross is brought back through XGaster, a changed person. Different to when he was inhabited by Chara. The Cross we see in these end credits is that same Cross. Given Dream was fighting for him, he doesn't work for Nightmare anymore, and he may not know given the OVERWRITE used to bring him back. Now what does this have to do with anything? The first time Cross met Core!Frisk, he refused their offer. That was when he wasn't who he is as of the end of the first season. Now he's changed. He still may not accept, but he's changed. He doesn't work for Nightmare. He doesn't sit in the void of his AU and cry. But he may still have things to do. And Core!Frisk isn't just there for no reason, Cross is a genocide survivor.

About that image mentioned earlier used in NyxTheShield's Cross Theme remix. Other than Cross - who is clearly the changed version we see at the end of season one - we see black lines that we can assume are tentacles all over the place. If they aren't tentacles, then what are they? They could be the vines Omega Flowey uses. In the opening credits for Underverse season two, we see XGaster and what looks like the shadow of Omega Flowey, though we're never told that Flowey, would be in Underverse, nor XTale. Who else would it be though? The two options from the image shown in the video are the two discussed. Nightmare or Omega Flowey. It most likely will be Nightmare though, since this "new" version of Cross doesn't work for him anymore. He could be trying to get him back.

So that's all I got for now. Feel free to point out if I'm wrong or anything I missed or spit out any theories you may have! These are just my thoughts, so I don't care if they're wrong. I also don't care if you don't like theories, just please don't pester me about it.

no one in the underverse is "evil". Each of these "villains" has their own reasons to act as they will.

I was also wondering who the "believer" was here. Who will save everyone?

Will this story have a happy ending?

Should I create pages for the new characters that'll most likely appear in Season 2?

Guys I need help, tell me in the comments below! :3

Does anyone know why the soundtracks for 0.2 part 2 are not on soundcloud or youtube? Were they even made by Stereohead Studios or was it someone else?